Language is a tool of which no nation in the world can have a monopoly.
-Modibo Keïta, former President of Mali, from a speech to the National Assembly given on 20 January 1961.

Not so long ago, Mali was one of West Africa’s best-kept secrets. The mystical land of Timbuktu enamored tourists with its ancient cliff-side villages, vibrant music scene and unparalleled hospitality. For over a year now however, the once peaceful democratic country has been making headlines. The world is talking about Mali, and not because of its awe inspiring UNESCO World Heritage sites. Unless you’ve been living under a rock the past few weeks (and if you have- no judgment, life happens), you are probably aware of the violent conflict waged by Islamic extremist that prompted a French military offensive less than a week ago. For over a year, the country has been in a state of crisis. What began as an attempt by Tuareg rebels to establish independence in northern Mali has degenerated into a blood bath of competing ideologies, as utter chaos strangles the nation and international travel warnings advise citizens against all travel to Mali.

The conflict in a nutshell

It’s easy to get confused about how a small secular Tuareg rebellion has transformed into a global stand off between Islamic extremists and well, the rest of the world. Here’s a brief run down of events since the conflict began escalating last spring. In March 2012, Malian soldiers staged a coup d’état; furious at the lack of support the government was providing to combat the armed Tuareg (The rebel National Movement for the Liberation of Azawad (MNLA) in the north. The government toppled, and the country entered a state of pandemonium. Islamic extremists (Ansar Dine and al Qaeda in the Islamic Maghreb (AQIM), seized the opportunity to ally with the Tuareg rebels, creating the independent Islamic state in northern Mali. In the summer of 2012, al Qaeda pushed the secular Tuareg forces out of northern Mali. They relinquished sole control over the northern provinces, enforcing an extreme version of sharia (Islamic law), that’s prohibits music, drinking, smoking and makes crimes such as adultery punishable by stoning. In the beginning of January 2013, Islamic extremist launched a full fledge offensive into southern Mali. Their arrival in Konna (less than 50 miles from the tourist capital of Mopti) on January 10th 2013 left thousands of Malians paralyzed with fear.

The road to Mopti

In 2009, my husband and I traveled by land from Dakar to Mopti, the gateway to the mystical cliff dwellings of Dogon country. In this peaceful “Venice of Africa”, as many tour guides refer to it, we met with several local guides in a small waterfront café on the banks of the river Bani. The café functioned as a sort of meat market for Dogon country guides as groups of backpackers sought out the most qualified (and inexpensive) means of adventuring into the isolated Dogon country. 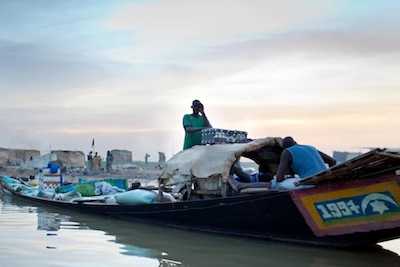 We settled on a slight, even-tempered native Dogon, to guide us into the heart of animist West Africa. Recently graduated with a degree from a large university, he had hopes of one day becoming a professor, but in the mean time, guiding was the best way he could support his family. We instantly connected over a passion for history and respect for cultural diversity. The three of us spent hours each day talking about our own cultural experiences and family stories, as we hiked the mud trodden labyrinth of the Dogon cliffs. Like many other Malians, tourism was the most accessible way for our guide to financially support his extended family and community. In the days leading up to the French military intervention, we often thought about our slight, generous guide and how he was supporting his family. We’ve been in touch with him over the years and hadn’t heard from him in awhile. In a recent email to my husband this is what he relayed about the situation in Mali (translated from French):

My family and I are well for the moment. A week ago the population of Mopti and Sevarré were in a panic because the Islamists were only 70 Km from Mopti, and they wanted to take Mopti. Luckily, the French military arrived to stop them. In the city that they occupied Konna, many civilians drowned themselves to escape war. There were really too many deaths in this city.

Despite the arrival of the French, we are still worried because our life has completely changed. We are no longer free.

I would have liked to give you news sooner, but we didn’t have access to Internet since the event, now it works but I don’t know for how much longer.

Here, people are scared and worried because there is the military on patrol in Mopti.

Now, I am looking for a way to keep my family out of danger.

Here is a little of what we are living these days. But France saved Mali and all the Malians are talking about that.

Thank you for thinking about us.

When the red alert flashes: death of tourism

In countries like Mali, where tourism is the backbone of many local economies, what becomes of our guides, our hosts, and our friends – when internal chaos and political instability chase tourists out? 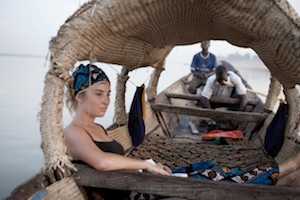 What is the responsibility of globetrekkers who once flocked to their cities and villages in search of adventure? How can we avoid abandoning them to their fate, when it is no longer safe for us to travel in their country?

There is no simple answer, but I do believe that standing by and doing nothing while we watch as people who invited us into their lives suffer, is an unacceptable solution. In my mind a first step is to make contact, show our solidarity and demonstrate that we have not forgotten our encounters even now that we are far away and have settled into the familiar rhythms of daily life. We can learn about and support, in any way we can local peace building and crisis relief initiatives. Instead of talking about how awful the situation is and circulating the ghastly images of news headlines, maybe we can reframe the way these people and places are represented through our interactions. We can speak up; humanize the conflicts by telling stories of the beautiful people we met on our journeys and, by doing so we can give a voice to the nameless faces in the media.